Nettwerk Records label mates Current Swell are performing at Hotel Cafe on Thursday, May 4th, so we’ve decided to merge the two shows!  Eddie will now be performing on Thursday, May 4th immediately prior to Current Swell — Eddie’s show will start at 7pm. This will be replacing the previously announced show date of May 3rd, so be sure to update your calendars! Eddie will perform songs from his debut album Before The Bridge, which will be released later this year. Keep in mind, the show is 21+.  If you purchased tickets for the May 3rd show already, those have been refunded. Get tickets HERE. 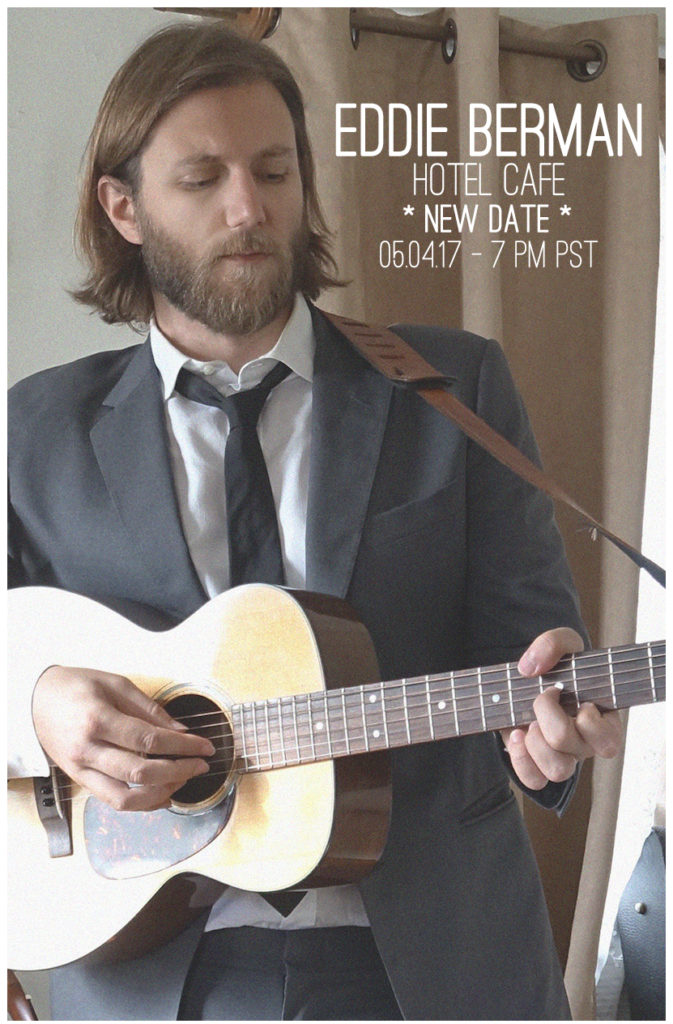